Hi everyone, I went on the Elucidations podcast with Matt Teichman to talk about my philosophical views that I acquired from my work on Episode One. Its a 40 minute one-one interview podcast for more philosophy, less story!

This month, we talk about whether we owe the dead anything with Barry Lam. Barry Lam is Associate Professor of Philosophy at Vassar College, Story Lab Fellow at Duke University, and creator, producer, and lead host of Hi-Phi Nation, an exciting new philosophy podcast that turns stories into ideas. Click here to listen to our conversation. 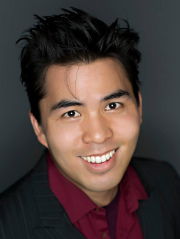 If your relative asks you to do something just before passing away, chances are you’ll feel like you owe it to them, or to their memory, to do it. Especially if it’s a small thing. But are there any limits to how far an obligation like this can extend? Here’s a simple case that reveals those limits: if your relative asked you to steal money from someone who was impoverished, you’d probably refuse to honor their wishes.

However, it turns out that simple cases like that are just the tip of the iceberg. Rich and powerful people can set up trusts that accrue money long after their death, which (from a legal point of view) means that a dead person can earn money forever. Thanks to our current legal infrastructure, many trusts of this sort are often stuck trying to enforce anachronistic social and political policies, which the dead person who set up would likely want to update, were they still alive.

Join us as our guest shows how it can be trickier than you might think to honor the wishes of the dead!